Exclusive Pictures From Inside the Scan of King Tut's Tomb 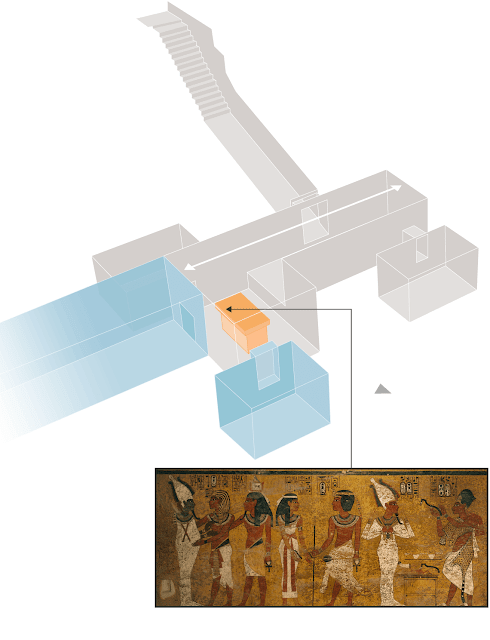 
A team of specialists conducts a new round of radar scans, ramping up scientific rigor to test the theory that hidden chambers exist behind the tomb walls.

Last night a team of specialists performed a second round of radar scans inside the tomb of King Tutankhamun, as archaeologists continued investigating the theory that hidden chambers may lie behind the limestone walls.

Speaking at a press conference outside the tomb Friday morning, Khaled El-Enany, Egypt's newly-appointed Minister of Antiquities, said bluntly, "We cannot talk about results now." He expects that at least a week will be needed to analyze the data, which has been sent to experts in both Egypt and the United States.