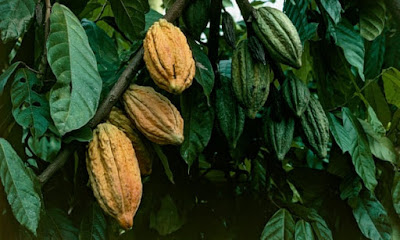 The key ingredient of chocolate was being used in South America centuries before it was exploited by civilisations in Mexico and Central America, according to new research.

The cacao tree, and in particular the drinks made from its dried seeds, has long been linked to the Maya and other ancient civilisations in Mesoamerica – a heritage embraced by chocolate companies that produce goods with monikers like Maya Gold.

But now experts say seeds from the cacao tree were first used in present-day Ecuador by members of the Mayo Chinchipe culture, in research that pushes back the date of the first cacao use by about 1,500 years and shifts the location of the culinary event 1,400 miles to the upper Amazon.

“It is used by people in this area more than 5,000 years ago – way earlier than we have ever found in Mesoamerica and Central America,” said Prof Michael Blake, a co-author of the research from the University of British Columbia in Canada.

“It [tells] us that it was domesticated or at least under the process of domestication in this area.” Writing in the journal Nature Ecology and Evolution, Blake and colleagues describe how they made the discovery at a site in the highlands of Ecuador called Santa Ana-La Florida. Thought to have been lived in between about 5,500 and 3,300 years ago, the site caused a stir when discovered in 2002 because it revealed a previously unknown ancient society now called the Mayo Chinchipe culture.

The team analysed items including stone mortars, ceramic bowls, bottles and jars for traces of cacao. The results reveal six of the artefacts tested contained starch grains from a group of plants to which the cacao tree belongs – grains found in particular parts of plants, including the seeds. What’s more, theobromine – a bitter-tasting substance found in high concentrations in cacao seeds – cropped up in 25 ceramic and 21 stone artefacts.

Members of the team also looked at ancient genetic material in pottery from the site, finding that several fragments bore mitochondrial DNA – genetic material from within the cells – that could only be from cacao.

“They were [also] able to find specific nuclear gene sequences from cacao in some of the samples,” said Blake, adding that the damage seen in the DNA showed it was not modern contamination – a point backed up by radiocarbon dating of charred material found inside the vessels, some of which was dated to more than 5,000 years ago.

Various bottles and bowls turned up trumps on all three tests. Together, says Blake, the findings point to a revelation. “The [cacao] seeds themselves were being ground and used in the vessels,” said Blake, adding that the flavourful hot cacao drink associated with Mesoamerica is made this way.

Blake said the discovery of traces of cacao in fancy containers, some of which were funeral offerings found in tombs, means it might have been an important part of feasting and ritual behaviour.

“It means even in these distant times it was a special use of this delicious beverage, and maybe even ceremonial beverage, that drew people’s attention to it and perhaps sparked its movement throughout the rest of the Americas,” he said.

The discovery backs up previous hints that cacao might have been used long ago in Ecuador: ancient ceramics from the area decorated with pictures of cacao pods have been found, while previous research that has shown that the upper Amazon is home to the greatest genetic diversity of Theobroma cacao – the cacao tree.

“It confirms what botanists have long suspected – that the Amazonian region is where we might expect to find some of the first use,” said Blake.

Indeed, recent genetic research revealed that the Criollo variety of cacao originated in northern Ecuador but was fully domesticated in Central America about 3,600 years ago.

“It looks like these [varieties of cacao] that have been used at Santa Ana-La Florida 5,000 or more years ago are closely related to the variety that eventually made its way into Central America and Mexico,” said Blake.

But Dr Omar Cornejo of Washington State University, who led the Criollo study, said while the new findings offered convincing evidence cacao was being used in Ecuador thousands of years ago, it did not show that cacao actually underwent domestication there – a process that involves intensive breeding and leaves strong genetic signatures.

However, Dr Cameron McNeil, an archaeobotanist at Lehman College in the City University of New York, agreed with Blake.

“The type of cacao that was first introduced to Mesoamerica, where the Maya are, was already domesticated,” she said, “but domestication occurs along a continuum, and the Maya and other Mesoamericans most certainly continued to domesticate cacao varieties to suit their particular tastes. One can argue that the Maya turned the consumption of cacao into an art form.”