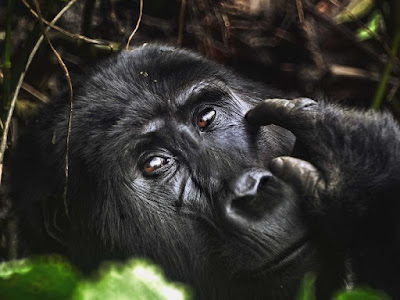 ARS-CoV-2, the novel coronavirus behind the COVID-19 pandemic, got its start in a still unidentified animal source before making its hop into humans. Now, as the outbreak continues to grow, experts are beginning to worry that the virus may be poised to make yet another devastating cross-species jump into some of our closest living relatives, including gorillas, orangutans and chimpanzees.

Already threatened by rampant habitat destruction, poaching and other illnesses, these and other great ape species could be further imperiled by the new virus, which swept across the global human population, sickening hundreds of thousands—and likely more—in a matter of weeks. Though no non-human primates have yet been diagnosed with COVID-19, a team of researchers has put out an impassioned plea for enhanced protections for our kin to forestall such a crisis, Damian Carrington reports for the Guardian.

“The COVID-19 pandemic is a critical situation for humans, our health and our economies,” Thomas Gillespie of Emory University, who recently wrote a letter to the journal Nature detailing the risks of the ape-human infection interface, tells the Guardian. “It’s also a potentially dire situation for great apes. There is a lot at stake for those in danger of extinction.”

Members of the great ape group, which includes humans, share a great deal of genetic material and anatomy, making them susceptible to several of the same diseases. In some cases, symptoms present similarly across species. But in other cases, pathogens that typically spark mild illnesses in humans can be lethal to other great apes.

For these transmission events to happen, two species have to come into close contact, exchanging the bodily fluids that pathogens tend to travel in, such as droplets produced from the airway through sneezes and coughs. Such encounters are rare, but as humans continue to encroach on wild habitats and tour their forested homes for recreation or research, the risks have grown. In 2008, researchers documented the first direct evidence of a virus passing from humans into wild apes; eight years later, another hop happened involving a relative of SARS-CoV-2, specifically with a coronavirus known to cause the common cold.

Species such as the Tapanuli orangutan, an Indonesian great ape whose numbers severely dwindled, could be brought “even closer to extinction” by an unexpected viral outbreak, Serge Wich of Liverpool John Moores University tells Helen Briggs at BBC News.

Under typical circumstances, national parks that are home to wild ape populations will instate distance requirements to keep humans from infecting or otherwise harming animals. But these rules are often broken—sometimes by the humans, and sometimes by the apes, Ugandan conservationist Gladys Kalema-Zikusoka tells Rodney Muhumuza at the Associated Press.

To minimize transmission during the pandemic, some experts advocate for a halt to “great ape trekking tours, research and habituation activities,” conservationist Arend de Haas writes for the Conversation. “Ecotourism is vital to the long-term conservation of endangered animals. But in the longer term, a ban would protect the great apes as well the ecotourism operations.”

Already, many national parks have closed to patrons. In some cases, this could amount to a pyrrhic victory—if, for instance, patrols are no longer able to keep poachers out of ape habitats—and the losses in tourist revenue have many officials worried about the future of conservation-focused establishments, according to the Associated Press. Researchers also don’t yet have a sense what symptoms—if any—other apes might experience if SARS-CoV-2 is indeed able to infiltrate their bodies.

But as Susan Sheward of Orangutan Appeal UK tells the Guardian, amidst a global crisis, transferring this deadly virus to our vulnerable kin “is a risk that we cannot [afford to] take.”